Driving in Canada: Notes from a Clueless American 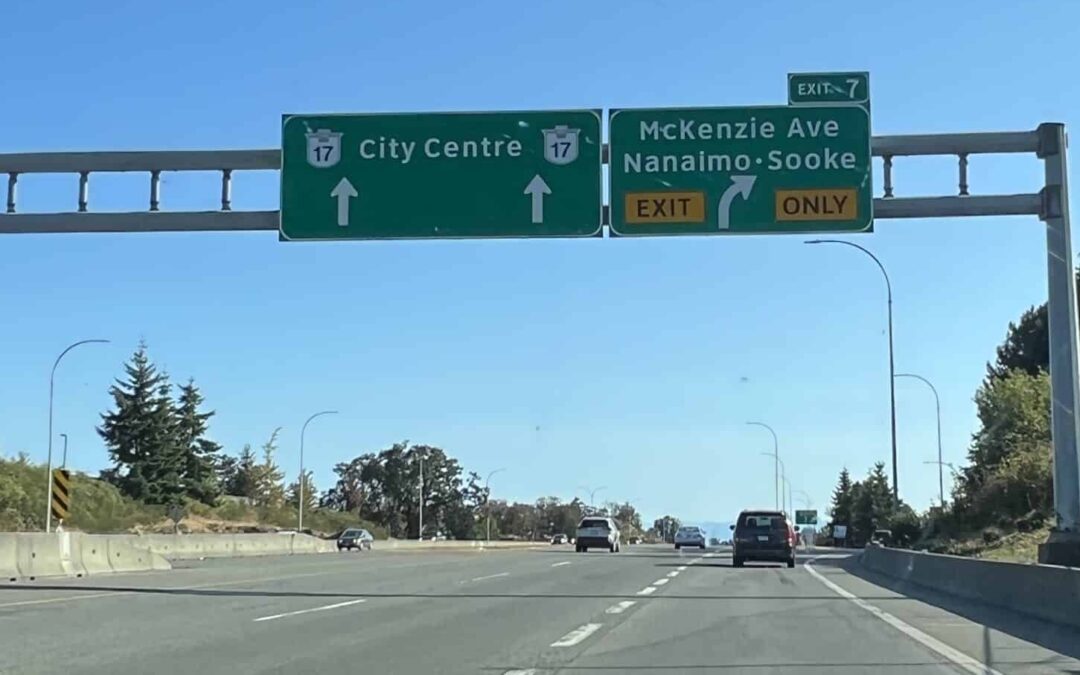 I’ve spent the past week in British Columbia enjoying the many pleasures our beautiful northern neighbor has to offer. Driving has not been the least of them. But I did have a few things to learn.

Don’t stand in the vicinity of a crosswalk if you don’t plan to cross immediately. Canadians are polite to the point of aggressive civility and will stop for a pedestrian who is still at home contemplating an outing. I have crossed any number of streets I didn’t want to solely to appease a driver who clearly will not budge until I obey. It’s led to some interesting routes and a fitness gain.

Frequently, otherwise ordinary green traffic lights and green arrows will begin flashing for no obvious reason. I’ve read articles about this and it’s still a mystery. It apparently means different things depending on what province you’re in and (get this) the blink rate. I will bet you a loonie that Canadians don’t understand it either. I have just decided it means proceed with extra politeness.

For my entire life in the U.S., a diamond icon on a lane has meant HOV. A ”high-occupancy vehicle” could be a bus, a carpool, or even one woman with semen-stained panties, in some states. In Canada, however, the SAME ICON means whatever the Ministry of Transportation was in the mood for on street painting day. It could be carpools. It could be buses. It could be bicycles. It could be geese. Look for clues.

Canada is a big country and life is short. Pick up the pace or prepare to be passed. Passing appears to be a national sport in Canada. I have no problem with this. It’s far better than the American pastime of angry tailgating. But to give you an idea of just how much Canadians hate to be stuck behind slow drivers, here’s a true story:

Construction narrowed the road we were on to a single lane just wide enough not to graze the car door handles. It was lined on both sides by orange traffic cones placed about every six centimeters. And yet, TransCa felt the need to post a large “NO PASSING” sign.

Tomorrow we head home. It’s been a great week. Thanks, Canada. You have a lovely country and I hope you keep it that way forever. Quirks included.

Subscribers get first looks, sneak peeks, and more. Sign up and get a free short story today!

Eva's stories are lyrical in their telling: vignettes that are at once fantastical and yet universal in their relating to the human condition.

First You Jump brought me to new levels and more open perceptions on life, love, and the world. An eye-opening chance to unlock my perspectives.

Eva Moon is a master of dramatic juxtaposition: Taking a fantastic situation and dropping a struggling human in the middle. Tom Stoppard's wit, but with a profound soul and heart.

Funny and sad in perfect balance, it made me laugh and cry, sometimes both at once! Eva is a force of nature full of wisdom and musical comedy.

It sent me on a roller coaster of emotions, from tears to laughing my head off. It was humbling to be part of Eva's story and I felt like I was living her journey with her.

Such raw emotion and intimacy that you wonder if you've wandered into a room where you overhear her innermost thoughts on life, death, and the beauty of the human spirit.